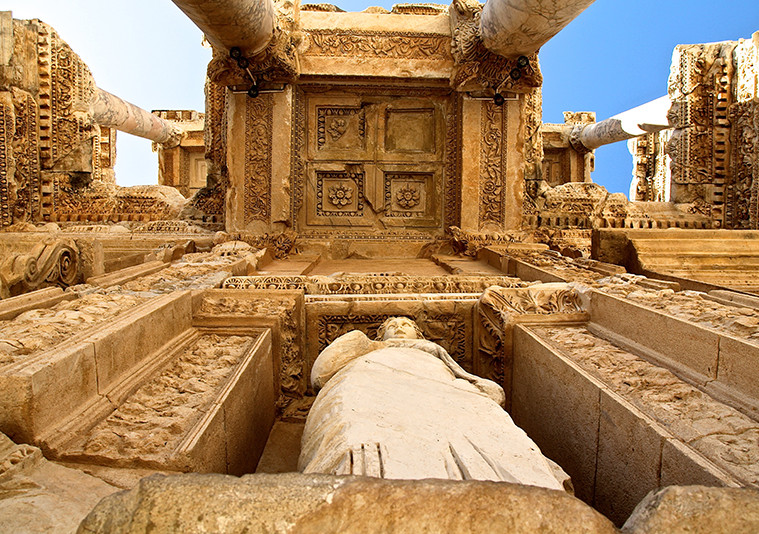 Walk the streets of a marble city, pretend you're in a toga, maybe pet a few cats. (Ian Neubauer)

Abandoned in the 11th century during the Byzantine era, the ancient city of Ephesus near Selçuk in Turkey’s Izmir province was built 3,000 years ago, the largest marble city in the world.

An archaeological museum, Ephesus is best known for the Temple of Artemis (built in 550 BC), one of the Seven Wonders of the Ancient World, and for the Celsus Library (pictured), the facade of which is a noted example of Roman public architecture. Visitors walk on the 2,000-year-old marble streets, through temples and a giant arena—even a public lavatory.

Ephesus was once a port city and important cultural centre, as well as the site of many biblical events: Saint John was said to have preached in Ephesus and the Gospel of John may have been written here. Saint Paul did missionary work in Ephesus and what is believed to be the last home of the Virgin Mary is about seven kilometres away.

It truly is a miracle that Ephesus still exists and is worth a bus ride from Izmir. Or do the circuit from Istanbul and hit Gallpoli and Troy, too.