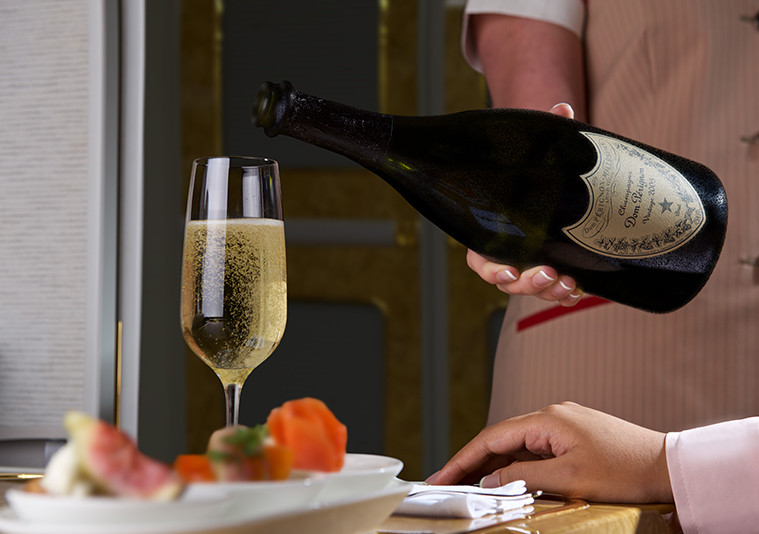 A whole bunch of numbers arrived from Emirates Airlines the other day that are just too over-the-top-luxe not to share. This could be pie-in-the-sky for you, but wine in the sky has been a major focus for them since day one. Approximately $850M has been invested in their wine program since 2006.

With the luxury market as competitive as it is, the players really have to stand out to keep up. But here’s a left-field stat: More than 50% of the on-board wine and champagne consumption on Emirates is in economy class. The cheap seats!

Joost Heymeijer, SVP Emirates In-flight Catering, continually has his work cut out for him, selecting wines according to the route, taking into consideration how taste buds change at higher altitudes, and OH, is there enough Dom on board? That sort of thing: Champagne is the most popular choice in first and business classes, so it’s no surprise Emirates is the number one global partner of Dom Perignon.

Heymeijer’s team sources wine from 12 different countries, old world and new, and as a true testament to their commitment, their wine cellar in Burgundy, France, stores 2.2 million bottles – with some not ready for drinking until 2025! Talk about the long haul.

Before those bottles mature, though, the airline is expecting to serve 1.8 million bottles of wine plus 21.3 million single-servers soon. Bottoms up. Visit Emirates.com.