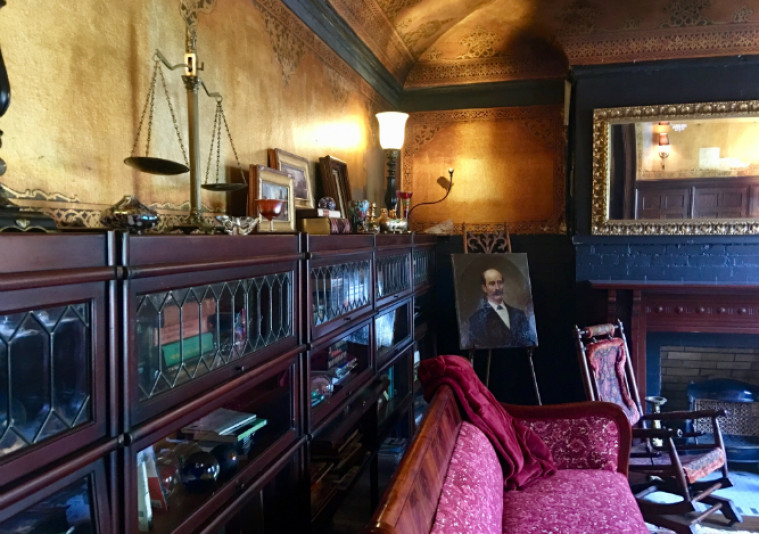 A restored Victorian mansion in a trendy part of Buffalo is run by innkeepers who knows their stuff. If this nine-suite inn feels like you’re staying in someone’s home, it’s because you are: Ellen and Joseph Lettieri and their daughter also live here, welcoming guests to the former Hewitt Mansion built in 1898.

Vibe: InnBuffalo is a charming B&B-boutique hotel hybrid as intimate and individual as the Elmwood Village neighbourhood itself. With only nine rooms, you get to know everyone else fairly quickly. Guests are small-hotel fans who like the comradery B&Bs generally create. The inn is also great for those who like their hotel rooms to look like they belong in a museum; people for whom “antique” is maybe a verb. The innkeeper himself stands out a mile, the epitome of hospitality—genuine, full of stories, quick with a handshake.

THINGS TO DO: IN BUFFALO

F&B: Breakfast is king at InnBuffalo, with scones and bread-baked fresh daily, made-to-order egg dishes and fruity pancakes. It’s like Mom just asks you what you want. Have the signature spinach scramble.

Extras: The inn is a “preservation in progress,” with many original elements in tact. Common areas are filled with period furnishings, including leaded glass-panelled bookcases, coffered ceilings, silk damask wallcoverings, varnished secretaries and a basement billiards table. This is a boon for restoration students from nearby Buffalo State, who get to practice on the parts of the mansion that still need attention.

Off-Site: Elmwood Village is in central Buffalo just south of Delaware Park, about one mile from downtown. It has a reputation for being one of the city’s more cosmopolitan neighbourhoods, filled with popular independent shops, cafés, bars and restaurants. The Albright-Knox Art Gallery is a 20-minute walk north. The Peace Bridge is a 15-minute drive away. Niagara Falls is a 30-minute drive away.