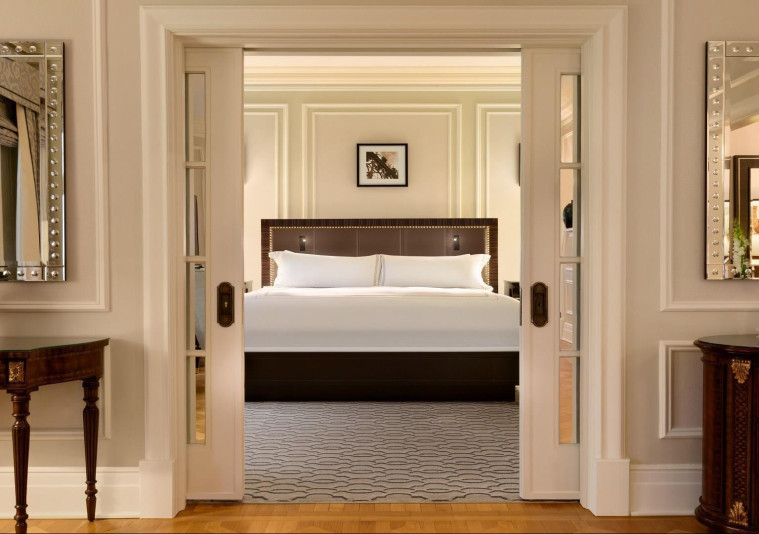 Named after Canada’s seventh prime minister Wilfrid Laurier, Fairmont Château Laurier has dominated the Ottawa skyline since it opened in 1912. Its elegant corridors and grand ballrooms witness to countless international events and celebrity guests, the hotel is almost as recognizable as its neighbour, Parliament Hill.

Vibe: Old World grandeur starts right at the Château Laurier wooden, revolving front door and never stops. A hushed, museum-like atmosphere permeates much of the cavernous public areas and banquet rooms, with their turn-of-the-century furnishings, hand-painted ceilings, marble flooring, ornate plasterwork and vast yards of drapery. Photographer Yousuf Karsh once had his studio in the hotel, and a few of his most famous portraits hang in the lounge off the lobby, including a portrait of Churchill that made its way onto the British £5 note.

Rooms: The 426 rooms, including 33 suites, maintain a glamorous old-fashioned aura—elegant lamps, heavy curtains, comfy armchairs and solid desks and cupboards, maple bed frames and nightstands. The traditional look is augmented with ample textures and rich colours—taupes and soft grays in some rooms, bright blue and green stripes in others. Smallish marble bathrooms are bright and clean, with good lighting.

F&B: Breakfast, lunch and dinner are served in Wilfrid’s Restaurant, where guests sink into plump armchairs and tuck into things like seared scallops, stuffed quail, prime rib and spice-brined duck. The breakfast menu includes a spicy Shakshouka alongside skillets and omelets, and a daily smoothie. The sleek and chic Zoé’s serves traditional afternoon tea before welcoming the cocktail crowd at 5 p.m. Find more casual fare there, including charcuterie and cheese plates, salmon and beef tartares, a succulent lobster roll and an outstanding steak.

Extras: A health club on the lower level is equipped with state-of-the-art fitness machines and free weights, with personal training available on request. Massage therapy is also available, although there is no formal spa. A nautical-themed, 60-foot Art Deco swimming pool props up one end of the health club for your morning laps. Take the half-hour, self-directed walking tour of the hotel guided by iPads loaned out at the front desk.

Off-Site: Situated a few steps from the Rideau Canal, the Château is a five-minute walk from Canada’s parliament buildings, the ByWard Market area, Confederation Park where the Ottawa Jazz Festival takes place each June, the Rideau Centre shopping mall and Nordstrom, and the National Arts Centre. The National Gallery of Canada and the Canadian Mint are 10 minutes away.