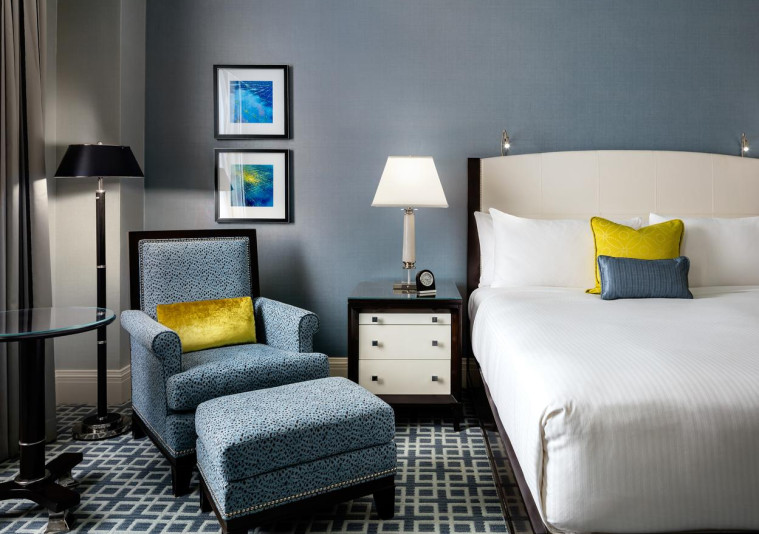 Dominating the skyline for decades after it was built in 1929, the Royal York is the Canadian grande dame of the Fairmont chain. Amping up the luxury factor has kept the hotel in step with the times, a storied icon with a modern outlook. Recent guests have included members of the British Royal Family, Prime Minister Justin Trudeau, Mahershala Ali and Lady Gaga.

Vibe: With 1,329 rooms and suites over 18 floors, the Royal York is a busy, busy place, yet still maintains an air of relative calm. The hotel was originally one of the Canadian Pacific Railway hotels, built across Canada around the same time as the railway, which linked the country from coast to coast. The original hand-painted wood coffered ceilings and lavish ballrooms have witnessed thousands of milestone events and business conventions, and the famous Imperial Room has played host to countless entertainers, from jazz legend Duke Ellington to Jim Carrey. And the clock tower has been an iconic meeting spot since the hotel opened.

F&B: REIGN Restaurant serves breakfast, lunch and dinner—classic Canadian fare with a slight French perspective. A meat-forward dinner menu features beef, bison, boar, duck and lamb, while also offering oysters, poached shrimp and butter-roasted sablefish. At breakfast, try the smoked steelhead trout and wood-fired bagel. The adjacent bar is inviting and comfortable, with low seating, nooks for intimate or business chats, and space for live music. A pop-up bakery appears in the morning in one corner, offering fresh-baked pastries and specialty coffees. The lobby is taken over almost entirely by CLOCKWORK lounge, its swish bar anchored to a stunning clock tower. The classic Library Bar in the hotel’s west corner has been shaking Martinis and mixing Manhattans for decades. Canada’s only Benihana Japanese Steakhouse offers Teppanyaki, sushi and sake on the lower level, where guests will also find Piper’s Pub, which serves casual pub fare.

Extras: A fitness centre, complete with sauna and steam room, sits opposite a sizeable swimming pool and whirlpool. The lower level of the hotel is a little high street in itself, home to a variety of small shops. Mezzanine and 19th-floor meeting and event space can handle almost 3,000 people across 32 function rooms.

Off-Site: The Hockey Hall of Fame, the Metro Toronto Convention Centre and Meridian Hall are two short blocks away. Scotiabank Arena (home of Toronto Maple Leafs hockey and Toronto Raptors basketball) and Rogers Centre (home of Blue Jays baseball) are a 10-minute walk away, as are the CN Tower and Ripley’s Aquarium of Canada. The hotel is part of PATH, the underground pedestrian network, which is linked to Union Station across the street, connecting guests to the subway and to all above-ground trains, including the UP Express train to the airport.