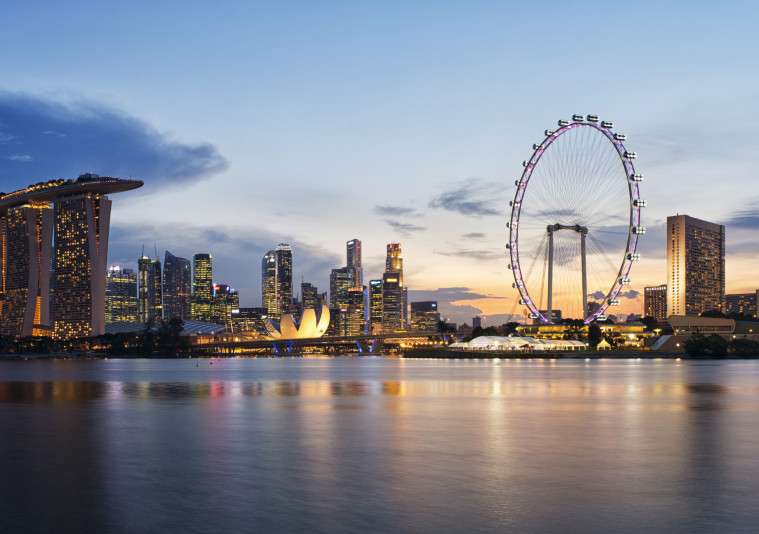 With everything under one roof so to speak—city, state and country all rolled into one island—Singapore is a very unique Southeast Asian enclave, its history as a trading settlement influencing all aspects of modern life in profoundly original ways. The population comprises Chinese, Indian and Malay cultures—Peranakans descended from people who immigrated to the Malay archipelago between the 15th and 17th centuries—with an icing of English due to the more than 145 years of British rule.

The incredible architecture is a profusion of colourful, mixed-use “shophouses” with retail space on the main floor and residences above, extraordinary Buddhist and Hindu temples, edgy new skyscrapers and colonial-era buildings infused with modern glamour.

Eat constantly. This place is a foodie’s wet dream. The traditional dishes sold in the “hawker stall” food courts lay the foundation for the Modern Singaporean restaurants (Mod-Sin for short) that yield homespun food with a twist. Singaporeans have distinct opinions on where to get the best crab or buns or laksa or chicken rice or coffee or anything. Discussing food is a national pastime.

Roam the streets. Singapore is a series of neighbourhoods. Trendy Tiong Bahru is filled with cool boutiques, design shops, bookstores and small cafés, including your must-do: the Tiong Bahru Bakery. The Katong area is a multicultural community filled with fun concept stores, great restaurants, massage parlours and karaoke joints. Kampong Glam, Chinatown, Little India and Dempsey Hill should also be on your wander list.

Go play in the park. Gardens by the Bay is a nature reserve complete with its own family of free-range otters who you can find sleeping off lunch at the water’s edge. A series of three gardens here is dominated by a grove of “supertree” structures and by two domed conservatories, the Flower Dome and the Cloud Forest.

Stop for toast. Weirdly, Singapore is obsessed with toast. Toasted sandwiches are filled with a thick slice of cold butter and a gooey, sweet layer of kaya jam, a coconut jam made from coconut milk and eggs, sugar and pandan leaf. This is then served with a hard-boiled egg.

TASTE TO TRY: RIBS FOR BREAKFAST

Learn new words. Due to the cultural mix, there are four official languages—English, Mandarin, Malay and Tamil—but you will also hear many other tongues, including the colloquial “Singlish.”

When You Go. The best time to visit Singapore is from February to October, with May and June being the hottest months. November to January is the wet season. Pack lots of linen—and your flip-flops!