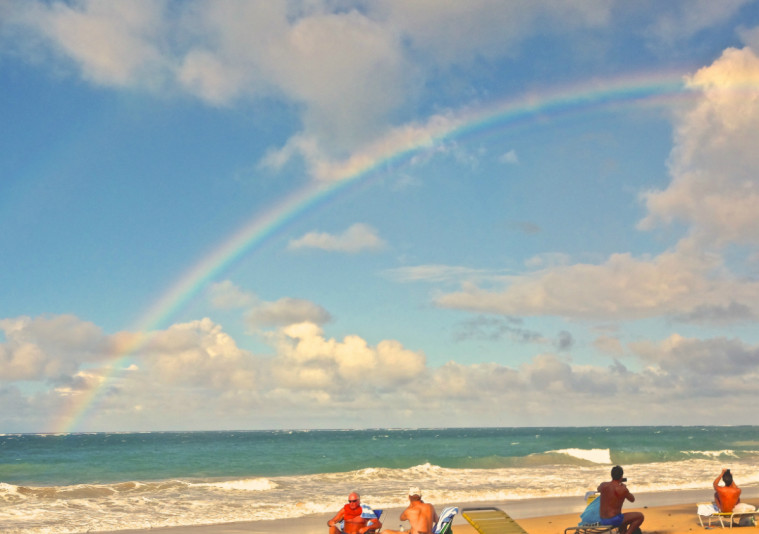 There's a travel rainbow out there somewhere. This one, San Juan, Puerto RIco. (Tim Stewart)

Where is travel headed?

THE WORLD—Where travel is going is a bit of a loaded question at the mo. All the big marketing brains around all the virtual boardroom tables in all the travel companies all over the world are asking themselves the same question as they bite their fingernails to the quick.

I’m currently advising people not to book anything that doesn’t come with a refund or some kind of financial safety net. The ski people are already being smart about next season, offering free insurance. But winging it or waiting it out or worrying about it, here are a few givens.

Get ready for deals. Prices generally have dropped in the past when things like civil unrest or terrorism or acts of god scare people away. This will be no different. Airlines, hotels and tour companies will need to start making money fast, and will tempt those sitting on the fence with bargain-basement pricing.

Snooze and lose. Said deals won’t last long. In order to gain back all the money travel companies have lost during the pandemic, especially the airlines, they will need to jack prices at some point soon after the big-deal phase. There will be fewer business passengers, who will be Zooming well into 2021 and beyond, now that the boss has seen how efficient and economical the virtual meeting is. And fewer people in seats means heftier prices. One other thing that will most likely drive fares up, especially in Canada, is the lack of competition—some airlines will not survive or will not be flying in or out of Canada as much.

Gas up the car. Motor travel will rise. I see this first-hand already, as magazines I work with are asking for domestic or weekend-away stories, nothing too far-flung. Your own back yard will look better to people for quite some time, literally (in a hammock) and figuratively (a drive to the country manor spa).

Hotels will be cheap. Competition for the people who actually are travelling will be cutthroat, which will keep hotel prices low.

Stay financially safe. As mentioned off the top, refunds or credit notes of some kind will be essential. Should another crisis botch plans before or during a trip, those who booked everything themselves will be at a disadvantage in terms of getting money back—or getting home if stranded.