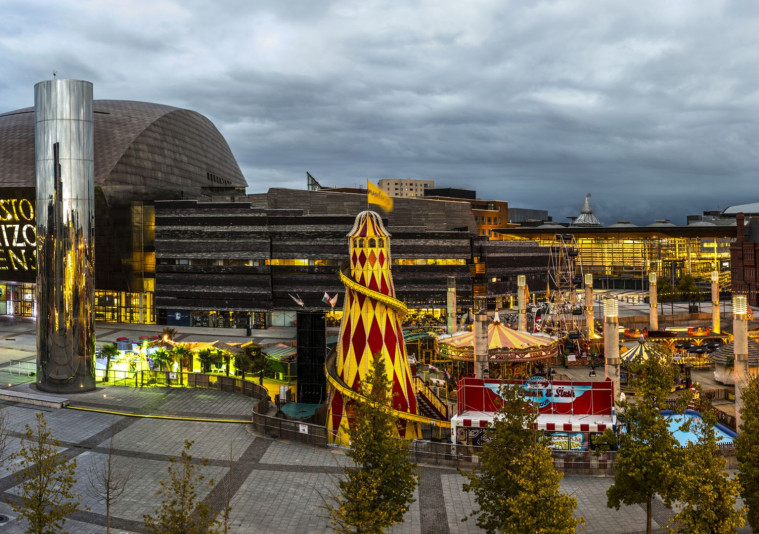 A weekend in Cardiff is the starting point of a relaxing road trip around South Wales.

Sure London is cool, but on your next trip, skip it’s crowded weekend ways and hop on a train west to Cardiff for full-on fun.

You may have the perception that the Welsh countryside is a bit sleepy, and you’d be right. But it’s just so beautiful and, well, old (the oldest castles in the U.K. are in Wales). To balance things out, Cardiff is bustling with energy and things to do in the city centre: historical significance, castles, real beer, great farm-fresh food, a revived waterfront, soccer, music, and acres of pedestrian-only shopping streets.

Storm the castle. In a region with more castles per capita than anywhere else, you would be remiss not to visit one. Luckily, there’s one in the middle of town. Cardiff Castle is small enough to not be overwhelming and historical enough to be actually interesting. Older than dirt, the castle became one of the biggest home reno stories of the 1860s, rebuilt into a Neo-Gothic dream palace.

Step back in time. St Fagans open-air National History Museum is a sprawling heritage attraction attached to the grounds of St Fagans Castle, a late 16th-centre manor house. The gardens alone are worth the cab ride.

Hit the arcades. Cardiff is the sixth biggest shopping destination in the U.K. so make sure the credit cards are sharpened. Find 1.4 million square feet of shopping in the middle of Cardiff at St. David’s shopping centre, anchored by John Lewis. The Queen’s Arcade is parallel to shopping stalwart Queen Street, linking that main drag to St. Davids. The ornate and extremely old Victorian and Edwardian Arcades house smaller designer shops and gourmet food shops. The Hayes pedestrian shopping thoroughfare, featuring the likes of Molton Brown and Hugo Boss, links the old stores with the new. And nearby Howell’s Department Store will let you stock up on Welsh cheeses, chocolate and whiskey.

Cover the waterfront. Cardiff’s waterfront, once the world’s busiest coal-exporting port, is anchored by the stunning Wales Millennium Centre, home of the ballet, opera and live music shows. The area is also home to public art exhibitions and events, The Red Dragon Centre with its cinemas (Wales’s only IMAX screen), bowling alleys, and the shops and restaurants of Mermaid Quay. Wander down for a whole afternoon; the throng is never too crowded and there’s lots to eat.

Party down. Mill Lane and the Brewery Quarter are the two best spots in town to find fabulous meals at a variety of price-points.

Get out of Dodge. Squeeze in a trip to Llanerch Vineyard and the Cookery School there, created by the heroine of Welsh cuisine, chef Angela Gray. The school has an aggressive year-round schedule with “taster courses” for every level of home chef. Gray is exciting and fun, and loves a good “dish,” having worked for European aristocrats and Andrew Lloyd Weber.

Get your rest. The party has to come to a screeching halt sometime, and when it does, Cardiff hotels are plentiful and offer the type of value you will never again see in London. Get away from it all and get a facial while you’re at it at The St. David’s Hotel & Spa on the water at Cardiff Bay. Given the romantic setting, with private balcony views of the bay, I’d say the terry robes will be off in a flash.